Public Pages > Stories Of Iet > Of Cobras and Chains

Of Cobras and Chains 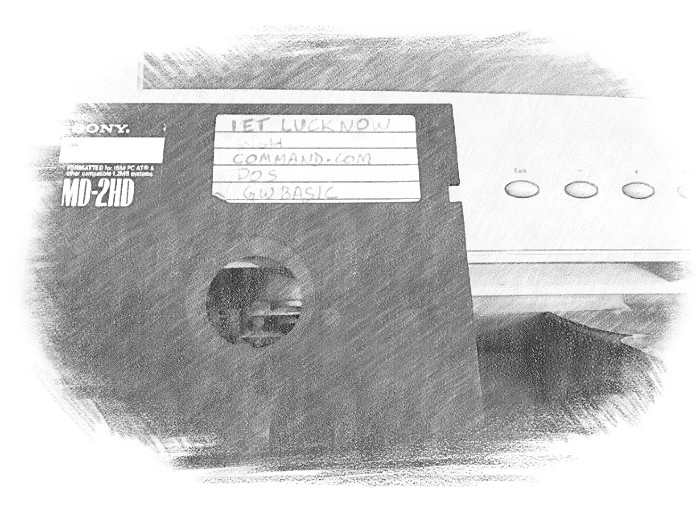 The PC AT had to be booted up with a floppy drive- 5.25". Then only you could invoke your GWBASIC floppy and run the programs to segregate odd and evens, to display on screen “welcome”. Before that you had to remove your shoes prior to entry into the lab. The cool vinyl carpet would sooth your feet. There were some guys who were keyed in to the things from the day one. They knew all about index holes, sectors, function keys and so on. These were the guys that would later design and printout fanfold banners for ISSAC events.

We used to read about the advent of Pentium and the Indian connection in the Newsweek - a prized possession of the library, with dreams of walking the land of Intel and IBM. Many have come true. Many would be revised latter. Now Intel et al have set up labs and has made this land as one of theirs.

Our passing out period was vaguely coincident with the advent of mobile telephony in the country. Many would be placed in one of the 42 operators then. Others would have to pay for even receiving a call. But now you can make transcontinental calls at rates then local. You do not need a pager (do you recall?) to message.

Back to college, there was a subject known and dreaded as Engineering Drawing. Glass Sheets and Table lamps would be in short supply during the odd semester. Topology and Topography would assume new meanings altogether.

Chaining had nothing to do with tender necks. Very few were in the possession of those, in any case. It was rather process of measuring the ground beneath your feet. Theodolite was a very effective instrument to go through the windows of GB.

Biogas was what we were subjected to by Dr Amrik Singh. His biomass and biochemistry would render many a villages lit later on. No wonder bio-etc is a full fledged department with Dr Amrik Singh as the head, doling out Master’s degrees.

FCC, BCC, HCP were the terrorists unleashed by Dr. Amrik Singh again, on the unsuspecting class. Iron-Carbon diagram, was their merciless mother.

Many still shudder when they see bridges/roofs made of trusses. This was the iron-latticed conspiracy that made most get back to odd from even!

Other terror was the thermodynamics that had rendered many suffer with hypothermia and motor-ataxia. Over that there was a drunk Cobra (PK Nag) in and around over rooms. There were many who could tame and domesticate it. That most of us are alive and kicking indicates that we managed to live with the menace successfully and rewardfully.